I can delay my spiritual journey in a heartbeat.

I have always told myself that my prime desire was to be in my higher power’s will for me, and meant it. I looked high and low for the burning bush and the host of angels singing “ amazing grace” to point me the way.

I have prayed and meditated and wrote in my journal and asked for guidance and, since I was not born with the subtlety or discernment genes, many times I have been shown something akin to a burning bush.

But, here’s what I do with that miracle:

It starts with that quiet knowing that I should go this way, rather than that; I should take one simple step in faith. But, nooooooooooo, that’s not enough for me. I take that beautiful moment of revelation and impose my own meaning on it, because I still cannot really deal with “not knowing.”

“ This is for God, so it has to be a success, otherwise, who will know that it is for God?”

“I have to be a light and a life-raft to the whole world, because God want’s me to.”

I should on myself.

We should never should on ourselves. It’s cruel. It’s legalistic.

When I should on myself, I replace peace and confidence with fear, ambition, competition and the inevitable fear those things produce. I take myself by the hand and drag myself back to slavery to other people and their opinions. I take myself out of my Higher Power’s will. It is soo stupid, but I am human, so I practice the adage,

“If at first, you do not succeed, guilt and shame yourself, redouble your efforts, but never change your strategy.”

The truth sounds simple but it is anything but. The only way I can truly know if I am in His will is to be fully present and alert, yet peaceful, in each and every moment. Then I will see what I need to see and hear what I need to hear and have sense enough to pray for the strength to do it, or even more difficult, to do nothing and wait for clarification. The truth is that all my higher power wants for me, is my willingness to surrender each and every moment. Yik 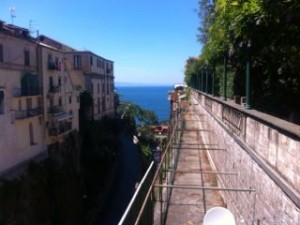 Today, looking towards Cinco de Mayo, I celebrate my Escape and Emancipation from the Old Testament, because the differences are so dramatic. Today’s as good as any other day to celebrate. 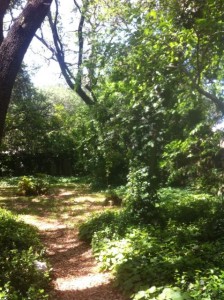 ME BEFORE ESCAPE AND EMANCIPATION

Afraid of Everything and Everyone

Arrogant with an inferiority complex

ME AFTER ESCAPE AND EMANCIPATION

The best and most wonderful part of this process is that I am no longer ashamed. I am not ashamed of me, because I am imperfect. I celebrate that fact because God created me to be imperfect on purpose! He created me that way so that I would never stop coming to him for guidance, help, strength, wisdom, or forgiveness of myself and others. I will never stop needing or drawing ever closer to my creator because he created me and us as a gift to himself. It took me so long to take this concept in. I will never stop growing, blooming and my roots will never stop reaching closer and closer towards the source of everything. 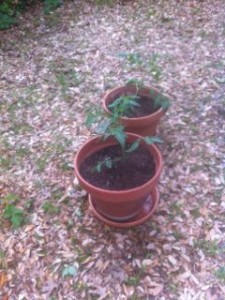 A couple of years ago I suffered a very severe concussion in a car accident. In some ways, I am not the same. But, not this, nor anything else can ever tear me from the love of my creator- ever.

I am undamned. Nothing can stop me from his will, his path, his peace that passes all understanding. Nothing.