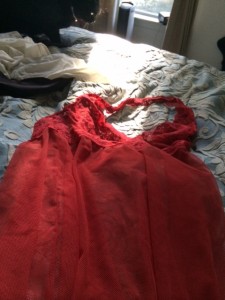 This is one of those posts that you are afraid to write. I’m afraid of writing it, because I ‘m doing a dangerous thing:asking questions about sex and religion. There is no snark or controversy- courting here.

Sometimes I have answers, but this time I have nothing but questions to which I am sincerely seeking enlightenment. These questions about religion and sex have troubled me for as along as I can remember. There seems to be a disconnect.

WHY is sex treated as equivalent to spiritual death in so many religious interpretations?

Why is whom you love or when you love seemingly worse than whom you kill, envy, steal from or even destroy with lies and gossip? Why is the simple fact that some love at all a subject of judgment or controversy on a par with high treason?

If having sex in some situations is a sin, why do so many treat it like the absolute worse one, one punishable by death or, at least, leprosy?? Based upon what?

Why is there a hierarchy of sins at all, other than the Ten Commandments?

The Bible tells us to not fear more times than it tells us to not have sex. Isn’t it in fact, fear that leads to all the other sins? Envy, fear of not having enough or as much as the next guy, fear that he will take it away, hatred of those who are different and wars to stop them or protect ourselves from them arise from that fear. Has sex ever started a war?

Why do beautiful, healthy women with God-given sensuality dress like 1950s librarians in church or when they are with religious people? Are they afraid that someone will think that they are having sex or might want to in the future? Didn’t God give them the sensuality, the beauty and the ability to fully experience them both? Who encourages these 1950s librarians to attempt to disguise or outright kill this God- given part of themselves? Why do some Christian women feel and bow to the need to Dowdy Down?

Is it sex that we fear? Should we? It is undoubtedly powerful and sometimes not in a good way, but will attempts to ward it off like wearing garlic around one’s neck to repel a Vampire really work?

This phenomenon has always disturbed and frightened me, as a teenager, as young adult and now, as a woman married with a daughter. I don’t want her to feel like she can’t fully be her beautiful self.

Why do descriptions of the Proverbs woman sound like something I could never reach? Why do I secretly never want to reach that standard? I haven’t threshed much wheat, or sewn my own clothes on a loom lately. I can’t help but notice that she sounds more like a beast of burden than beautiful, healthy vibrant healthy radiant advertisement for a loving creator.  But, maybe it’s just me.

There was a conference I attended some time ago that echoed an author’s message of “Fear the Cage!” Amen. Isn’t the message of hiding or denigrating one’s sexuality in any way just like putting a beautiful songbird in a cage? 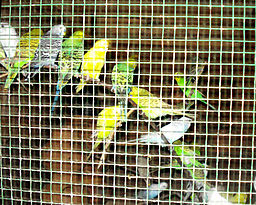 “We delight in the beauty of the butterfly, but rarely admit the changes it has gone through to achieve that beauty” – Maya Angelou

If anyone has any answers, I’d love your thoughts. 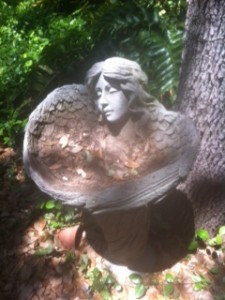 Allow me to explain:

If God made you and I the way we are, with character defects that sometimes cause us to stumble and fall, does he hate those imperfect parts of us?

Does God hate anyone simply because they are imperfect and may do crazy or maybe even ” bad” things? Some are saying yes very loudly.

I say no- emphatically, undeniably, categorically no.

My spiritual growth, healing and maturity flow from my ability to see the context of each individual’s life and how it makes their walk and experience unique and even sacred. Without understanding the “why”, it is impossible to know the heart of a person and see them or God in them.

Without the key ingredient of ” why” I can only categorize people in pre- fab boxes, judge them and cast them out…

If God created us to be totally unique… then none of us is ugly, and our behavior can’t be judged as ugly until the full context is revealed

I am not saying there is no evil, there is.

Surely God knows I am going to screw up before I do. It may grieve him to see me stumble, but does he hate me for it? I can’t believe that. Then why should people hate what God does not? Aren’t mistakes and detours essential to spiritual growth?

How can we know or judge where someone is going if we do not care where he or she is coming from?

If wandering in the desert for decades led me to a God beyond my wildest dreams, a new me, and a life replete with miracles, then was that time in the desert, wrong or a mistake? Was it wasted time? Nope. Is it for anyone else to say? Nope. It was Sacred. The pain and fear I felt every day of that lengthy detour, led me face the fraudulent me in the mirror and the fraudulent God I had inherited and fire them both.