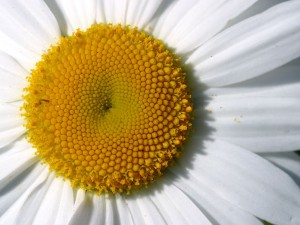 I like to live life in the cracks, because that’s where the light comes in.

On this day in 2015, do we have more or less freedom to speak than 10 years ago, or even 2 years ago?  This Monday was Martin Luther King Day. Dr. King was a living example of the power of speech, particularly, the power and the right to use speech to protest injustices and inequality.

I can’t help but wonder if there is still freedom of speech when the thing spoken about happens to be religion. Do we still have the right to speak in protest of religious inequality or other practices? With Charlie Hedbo, we saw the dangers of freedom of speech about someone else’s religious beliefs. But, what about Christianity? Right here, today in America, a land that ridicules theocracies, do Christians really have free speech? Are Christians really allowed to speak honestly or even critically about their own religion without losing the moniker of “devout” or “faithful?”

The most common observation my non-Christian friends make about we Christians is that we don’t seem to practice tolerance or grace to each other or even like each other very much. Case in point: the YouTube uproar resulting from a Victoria Osteen sermon. A video clip from a sermon preached by Victoria Osteen seemingly saying, “ come to church for you and your own happiness” was played with a predictably vehement series of responses. She was called a heretic. I’m not surprised that some people vehemently disagreed with her. I even disagreed with some of what she was saying. But, what really caused me concern as a Christian was the vitriolic claims of heresy not because of what she said, but because she was a woman saying it. One YouTube commentator said she was a heretic because the Bible does not allow women to speak with authority over men. So, she was a heretic because she was a woman speaking in a church?

Another case in point: Rob Bell. The Huffington Post recently ran a great article recounting what happened to him as a result of writing the best-selling book, Love Wins. It recounted how Mr. Bell fell from grace, lost his flock and had to completely re-invent himself after publishing the book. Fellow Christians labeled him a heretic. Heretic? Apparently, Christian commentators did not know what to label him; was he a Christian Universalist or something else? I’m wondering why that is important in a theology that stresses grace?

These two events happened before the cyber- attack pending the release of The Interview, and the subsequent attack on Charlie Hebdo. Where at first, I was concerned, now my blood is running cold.

I have a question or two. Do we find wonder, authenticity, or miracles in rigid dogma? I haven’t. I haven’t found compassion or tolerance resting there either. What about grace, the hallmark of Christianity? Doesn’t grace only occur when we fall short of the absolute rules and someone loves us, anyway? I have been unsuccessfully trying to be as perfect as Jesus all these years, and found these spiritual prizes in the cracks between the dicta, the dogma, the all or nothing commands.

When we decry any work or statement we don’t’ agree with as heresy, aren’t we limiting our own ability to speak out in the future?

Owe no one anything except to love each other, for the one who loves another has fulfilled the law. Romans 13:8