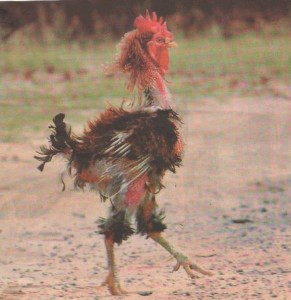 “I have held many things in my hands, and I have lost them all; but whatever I have placed in God’s hands, that I still possess.”

In my twenties, I was a lawyer and proud of it. I was proud of being perceived as powerful and independent, but underneath that pride was a psyche composed of Jell-O and ruled by fear. I had no idea that at the root of most of what I did was greed. I had the first dime I ever made. I was saving for the future. How could that be greedy? I did not trust that there would always be enough and that it was not up to me alone to provide it.

Then, I got married, bought a house and had two kids in very short order. I began to have a mini midlife meltdown in my 30s that lasted for a decade. I had this feeling deep inside that I needed to run away and just escape, but I did not know how to extract myself from the Golden Handcuffs I had willingly put on. I was a horrible person, because everything I did was prompted by the fear of losing that paycheck. I was all bravado and no bravery, because I was trying to “ muscle through” a pervading fear of the future.

God was patiently waiting, while I ignored him and tried to rule and fix my world and myself. Eventually he answered my unspoken prayer for escape.

Someone finally did me the favor of firing me. I went into a tailspin and shook my fist at the heavens. How dare he free me by making me a failure! Who the heck did He want me to be?

Oprah had no answers. I threw myself into every new self- improvement trend that came along and grew progressively angry with God with every failed attempt to become Martha Stewart or Mother Theresa.

Having nowhere else to look, I looked within. I worked a 12 step program on myself and my need to control everything and begin to see that this fallow period was not about God stripping things away from me at all.

The only things he stripped away were my chains. He was actually returning the most precious things to me: the things of childhood. Trust. Hope. Willingness. Surrender. Dreams. Belief. Abandon. Living from the Heart. Knowing I am loved. Play. Play. Play.

Words spewed out of me like a mal- functioning fountain and filled page after page. Eventually all of these words formed a non- fiction book about my long- overdue spiritual and artistic awakening. I started going to artists’ retreats. I started feeling…happy.

Like most writers, I have a non- writing job that pays the bills. Sometimes I get really tired of burning the candle at both ends. But, when that happens it’s because I’ve made a job out of my source of peace and joy, my means of connecting to God and sharing that connection with others. Life and writing become joyous again when I remember to give back to the original Creator all of my creations. Remember, return and repeat, as needed.