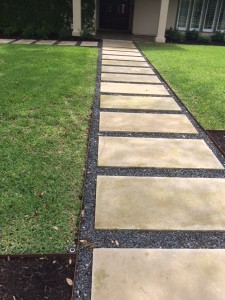 The destination we have craved with desperation for over 2 years has arrived, and yet we are nowhere near “there” yet. There was a collective expectation that when 2017 finally came, decency, courtesy, civility, and normalcy, would return to us.  But, it dawns on all of us political trauma victims that was a fantasy we created to cope. Normalcy cannot return, because normal has been redefined. I have been silent, because I didn’t want to write anything that wasn’t unifying and solution -oriented, thereby contributing to the divisive, somewhat unhinged state of things.

But, I’m Baaaack! — rested, with a new perspective and new hope.

Strangely, the worse things seem to get, the more there is to unite us, because it pushes us to return to our core values—not talking points, but values. When we get down to our values, we agree on solutions. Here are some examples.

There is a hairpin turn in this plot: All of these problems effectively are one problem, which points to its own solution.

Our political discourse has been stripped of any and all language relating to possibility, tactical solutions, timelines, goals, and mission. It is a hopeless, barren landscape populated by people spouting ideologies without actual values. Our politics doesn’t know who or what it is, or who it’s for. It has been stripped of its very identity. Our political system, the system that finances that system, and the parties themselves are now biased against solutions and problem solvers. Language for policy drafting isn’t making it into our political campaigns, and that language is the beginning of the negotiation process necessary for lawmakers to propose and adopt solutions. How can anyone meet in the middle, if there is no middle?  So, people who know how to solve problems and want to, look strangely out of place, and are run out of the race.

Look at what happened to Bernie Sanders. Agree or not, this guy had solutions. He had thought seriously about the problems and had policies to solve them.  He was earnest. He was beloved by the populace. They had no idea what to do with him. The democratic party viewed him as a threat to its viability, because he pointed to its shortcomings. He transcended party politics, because that is what is required to solve problems, and that transcendence was viewed as a threat.

Well, if one person can transcend party politics, what kind of effect would millions of us transcending party politics have? Significant. Maybe we should all re- register as Independents. Suddenly, the party hacks are automatically out of the loop.

A problem this huge can only begin with a spiritual solution. Spirituality is about what is possible, and language follows that sense of possibility. Until we shift and lift our focus above the differences and the problems, unity and therefor solutions, will be impossible. The very language necessary to devise solutions will be impossible.

Focusing on the problems effectively shuts down the higher consciousness that creates solutions, finds points of unity, and forges alliances, agreements, and treaties. There is a reason why the politicians, most of them, keep harping on our differences: as long as we perceive them as insurmountable, they don’t have to lift a finger to solve anything. It is up to us to drive it from the grass roots up. Let it begin with us.

Spirituality points to our common humanity, and embraces solutions and people. There aren’t two different Americas: there is one united America with a multitude of different perspectives and experience.  THIS IS NOT THE PROBLEM. IT’S THE SOLUTION. This is where creative solutions come from: Outside.

The key to happiness is said to be a sense of purpose. Well, now we all have one!

So, whoever you are, whatever you believe, wherever you get your news and info, you alone have the power. You have the power of the pen, the phone, your feet, your friends, your constitution, your memory (remember the names of the politicians who broke their promises or betrayed you) and your vote. We have the power of infinite creativity and possibility, and we don’t have to concern ourselves with re- election. It’s a swamp, but we aren’t in it. We are standing with clear eyes on dry land.